A momentary lapse.  We have all had them behind the wheel.  Thinking a little too long about that one troubling thing, reaching for something you or your passenger (maybe a child) has dropped, searching for a radio station a  little too  long, becoming too engaged in a conversation, nodding off, using a smartphone . . . running a stop sign.

Sometimes we are lucky during these momentary lapses (no oncoming traffic, or the intersection is empty); sometimes we are unlucky, or extremely unlucky and the consequences are severe.
When are these “lapses” criminal and when are they a mere traffic violation?  Two recent and important cases offer assistance in answering this question for the motoring public and professional drivers.  They establish that even a very brief period of inattention can attract criminal liability.

On October 2, 2015 at 10:30 pm a tractor-trailer unit loaded with 34,000 kilograms of scrap steel and operated by Mr. Saini (72 years of age) was travelling at approximately 100 km/h on Highway #401 when it collided with multiple vehicles at a standstill in a construction zone.

Due to what defence counsel described as momentary inattention, Mr. Saini only applied the brakes approximately one and a half seconds before impact.  Mr. Saini failed to foresee stopped and slowing traffic and various traffic signs warning of a construction zone.

Defence counsel for Mr. Saini argued that an “unexpected momentary lapse of attention” should not attract criminal liability, and that it is not a marked departure in the driving of a reasonably prudent driver.

Mr. Saini was found guilty on all counts and sentenced to 6 years’ incarceration.  The court found that Mr. Saini:

(a) Was not under the influence of drugs and/or alcohol;

(b) Was not using a smartphone, or otherwise distracted;

(c) Had a clear, unobstructed view of the collision scene;

(d) Was not affected by climatic conditions.  Weather was good and roads were dry;

(e) Woke-up at 6:00 am, arrived at the loading dock in Sorel, Quebec at 8:30 am, and retired to his sleeper until 2:00 pm in view of the fact that the shipment was not ready.  Thereafter, he began his trip to Montreal;

(f) Worked between 54 and 60 hours in the preceding week and between 9 and 11.5 hours on the day of the collision;

(g) Has sleep apnea, but it was not a factor;

(h) Travelled the highway 3 times in the preceding week, and monotony was a risk factor; and

(i) Denied he was tired and said he did not feel sleepy or fatigued.

For dangerous driving, the Supreme Court of Canada in R v. Roy, 2012 SCC 26 established the modified objective standard. The focus is whether the dangerous manner of driving was the result of a marked departure from the standard of care a reasonable person would have exercised in the same circumstances.  Put another way, the question is whether a reasonable person in all the circumstances would have foreseen the risk and taken steps to avoid it?

In holding that Mr. Saini’s driving constituted a marked departure, the court relied on the following findings:

(a) The failure to see and/or foresee the risk of slowing or stopped traffic ahead with lane closures in effect;

(b) Mr. Saini had a clear unobstructed view for at least one minute from the Henry Street Bridge to the point of impact yet he failed to see the stopped or slowing traffic and take evasive measures;

(c) Mr. Saini’s driving at a speed of 102-104 km/h up until 1.5 seconds before the collision was grossly excessive speed.  He knew he was in a construction zone and based on his previous experience he knew that location involved lane closures;

(d) Mr. Saini’s failure to apply the brake, gear down and reduce the speed until 1.5 seconds before impact; the failure to observe traffic stopped ahead and the accused’s failure to take steps to avoid it, cumulatively,  was a marked departure from the standard of care expected.

The court did not agree that Mr. Saini’s case involved a momentary lapse of attention, or “mere inattention.”  The court found that the pattern of driving involved “a significant and substantial period of inattentiveness,” which combined with the high rate of speed in a construction zone was criminal.

On April 6, 2018, at approximately 5:00 pm, a catastrophic collision occurred between a bus and a semi-tractor unit at the intersections of Highway 35 and Highway 335 near Nipawin, Saskatchewan.  The bus was carrying the Humboldt Broncos hockey team.  Sixteen people died and thirteen people suffered bodily harm.

(a) Took a short training course and obtained a commercial truck driver license.  For the first two weeks of his employment he drove with another driver, and began driving on his own in the third week;

(c) Noticed air getting under his tarp and stopped to fix it 10 – 15 minutes from the intersection;

(d) Continued to focus on his tarps by using his mirrors while proceeding;

(e) Saw the signs as he approached the intersection, but was so concerned about the tarps that it did not register;

(f) Was required to exercise extra care as a result of extended length and size of the Super – B combination;

(h) Should have seen the major intersection as it was clearly visible.  There were 5 highway signs, including a stop sign, four feet in diameter with a flashing light above.

Judge Cardinal found that this was not a momentary lapse of attention, but a prolonged period of inattention from what the court described as an inexperienced operator in unfamiliar territory who was not giving his full attention to the road.

The court commented that “it is baffling, and incomprehensible, that a professional driver, even one with little experience, could miss so many markers over such a long distance.”

A case could, perhaps, be made that Mr. Saini and Mr. Singh were unlucky, or simply in the wrong place at the wrong time -- that certainly is true for the victims and their families.  However, these cases demonstrate that our Canadian courts and the public are no longer willing to call these events “accidents.”

The following passage from the British Columbia Court of Appeal in R v Bosco, 2016 BCCA 55 serves as a reminder to all drivers:

[39]     Driving offences are unusual in that otherwise law-abiding citizens… may be inclined to commit them without fully appreciating their criminality.  Driving is a commonplace activity, and, to varying extents, human frailties like impatience, inattentiveness and impulsivity are ubiquitous.   When drivers irresponsibly indulge such frailties from behind the wheel they imperil others in their orbit, sometimes with catastrophic consequences.  All drivers are expected to know this and govern themselves accordingly.  When they do not and harm ensues, the result is no mere accident.  It is a true crime.

The cases of R. v. Saini and R v. Singh demonstrate that in the commercial transportation context, our professional operators must operate like professionals at all times.  Even a momentary lapse can amount to “substantial inattentiveness” and can deleteriously alter the course of innocent lives and result in criminal liability.

Being a professional driver requires proper training, continuing education, due diligence, and taking pride in completing the task at hand to the best of one’s ability.  The tools of education and expertise protect the driver and the public from “momentary lapses,” and teach us that “being unlucky” is fully preventable. 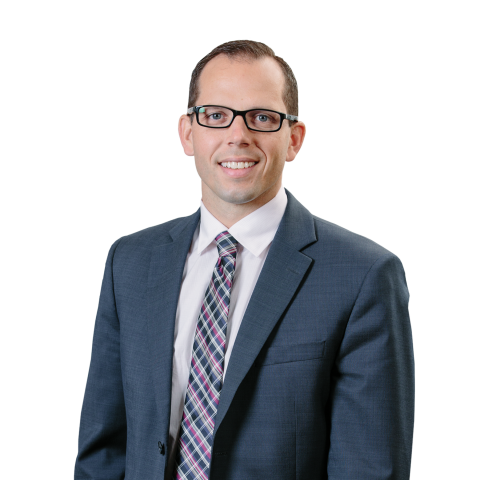