When parties enter into the litigation process, one of the steps that must be undertaken is document exchange, or disclosure, commonly referred to as discovery. The discovery process requires each party disclose to the other all documents that they have in their possession that are relevant or related to the proceedings by listing them documents in an Affidavit of Documents. Each party is then required to produce to the opposing side all relevant documents listed in the Affidavit of Documents, except those that may be lawfully withheld. This process is governed by Part 5 of the King’s Bench Rules [the Rules] and outlines what is required of each party when disclosing documentary evidence.

One of the issues that can arise during the disclosure process is that a party may be in possession of relevant documents—whose existence must be disclosed to the other side—but which contain parts that are not relevant and/or contain sensitive information. The party in possession of such a document will often attempt to redact the irrelevant or sensitive information from the document before producing it to the opposing side.

Redacting documents can become the source of further dispute between parties. Until recently, in Saskatchewan, there was no clear test as to what constituted a justifiable reason for making a redaction to an otherwise producible document. That changed on October 11, 2022, when the Court of Appeal for Saskatchewan released its decision Omorogbe v Saskatchewan Power Corporation, 2022 SKCA 116 [Omorogbe]. This case significantly raised the bar that lawyers and their clients must meet in order to justify redacting portions of otherwise producible documents.

Background of the Decision

An employee (who had previously been terminated from his employment) issued a claim against his former employer for knowingly and maliciously launching an unsubstantiated criminal investigation against him. In the documents produced during the discovery process, the employer redacted the name of another employee who had been emailing about the Plaintiff’s potential involvement in criminal activity. The Plaintiff objected to the redaction, claiming he was entitled to know which of his former colleagues had been emailing about his alleged criminal activity. The Court of King’s Bench upheld the employer’s redactions. The dismissed employee appealed the decision.

The Court found that a party seeking to justify a redaction from a producible document must show that:

(a)    The information removed from the document is not relevant to an issue in the action;

(b)    There is, in the evidence or record, a compelling reason for the redaction; and

(c)    The existing protections provided for in the Rules, and as may be supplemented by other measures, are insufficient to protect the interest that is said to justify the redaction.

After outlining this new test, the Court went on to provide litigants with further guidance on the correct procedure to follow where a party seeks to unilaterally redact information in an otherwise producible document, and the opposing party objects to the redaction. The procedure is as follows:

This decision clearly alters the way in which litigants can go about redacting their documents during the disclosure process. It creates an extremely high bar for a party to surpass if they feel that certain information in a producible document needs to be withheld from the other party. Given that the privacy and potentially the safety of the emailing employee in Omorogbe was not justification enough to protect the employee’s identity from the dismissed employee, this raises the question: what would then meet this standard?

McDougall Gauley has extensive experience in complex civil and commercial litigation. To learn more about how this ruling may affect your interests and right to redact confidential or sensitive commercial information during the civil litigation process, please contact a member of our Litigation, Dispute Resolution & Appeals team. 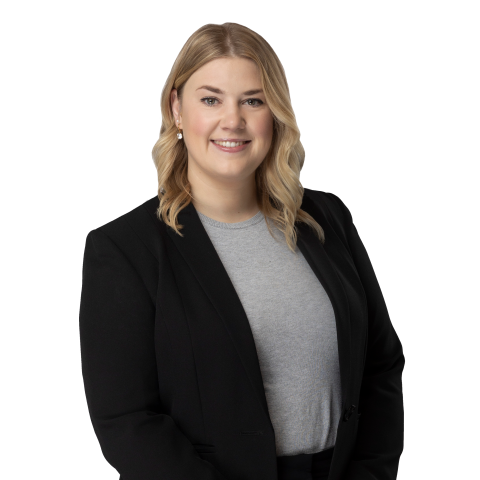