When you are charged with a criminal offence, you are entitled to obtain disclosure from the Crown—either on your own or with the assistance of legal counsel.

“Disclosure” is the records in the possession or control of the Crown which are obtained through police investigation, and which may be used against the accused. Disclosure may contain evidence helpful to an accused person as well as evidence that is incriminating.

Requesting and reviewing the disclosure allows an accused to know exactly what they are being charged with, and the case they will have to meet in order to defend themselves. An accused’s right to receive and review disclosure is fundamental to his or her right to make a full answer and defence. The right to make full answer and defence is a constitutionally guaranteed right of every Canadian citizen under section 7 of the Canadian Charter of Rights and Freedoms.

However, what happens if, upon a disclosure request from the accused, the Crown does not or cannot provide an accused with the disclosure? Will the accused be forced to defend himself or herself without knowing the case against them? Does the accused have any recourse to ensure that they are able to make a full answer and defence?

This same question was considered in the recent Saskatchewan Court of King’s Bench case of R v Loutitt, 2022 SKQB 74 [Loutitt].

In Loutitt, the accused was charged with criminal drinking and driving offences. The Crown did not disclose relevant audio and video evidence in its possession until the morning of the accused’s trial, despite the fact that defence counsel had requested these documents on a number of occasions prior to the trial date. Defence counsel argued at the Saskatchewan Provincial Court that the accused’s s. 7 Charter rights to make a full answer and defence were infringed due to this late disclosure of video evidence. The trial judge agreed with defence counsel’s submissions, and ordered a judicial stay of proceedings. The Crown appealed to the Saskatchewan Court of King’s Bench.

First, the Court noted that the Crown’s duty to disclose is not absolute—the duty is only to provide full disclosure of any relevant evidence. What constitutes relevant evidence is determined by a wide variety of factors, but generally speaking, if the information is useful to the defence in advancing a defence, or making a decision which may affect the conduct of the defence (for example, deciding whether or not to call a witness), then it is relevant and should be disclosed: Loutitt, at para 32.

Second, the Crown’s disclosure obligation is subject to their own discretion. This means that the Crown may withhold information that is clearly irrelevant to the case, or to delay the disclosure of certain information out of necessity to protect witnesses or complete an investigation: Loutitt, at para 32.

Put simply, the Crown’s duty to disclose applies to all relevant evidence—if evidence is relevant, it must be disclosed. Further, the way in which the evidence is disclosed is subject to the Crown’s discretion, as the Crown will have to balance the disclosure with the protection of the witnesses and the integrity of the investigation.

If it is proven on a balance of probabilities that the Crown did not meet its duty to disclose, then the accused’s s. 7 Charter rights would be affected and the court will consider an appropriate remedy. The remedy may be an adjournment to allow the defence to review late disclosure.

If, after examining these factors, the court determines that there is irreparable harm to the accused’s right to a fair trial or to the integrity of the justice system, or both, the court may order a stay of proceedings.

In Loutitt, the trial judge found that the accused’s circumstances was one of the cases where a stay of proceedings was warranted. Specifically, the Court found that an adjournment was not a sufficient remedy, because such an order would prolong the time that the accused would have to manage without her driver’s licence, which she required for her career and which greatly prejudiced her ability to make a living. Further, a costs award was not sufficient, because there could be no costs award that would sufficiently mitigate the expenses the accused would have to incur as a result of an adjournment (i.e., the continuing costs of travelling for work, and the costs of her legal counsel redoing all of its preparation for trial at a later date). As a result of these prejudices, neither an adjournment nor a costs award would be sufficient to remedy the violation of her Charter rights. The Court of King’s Bench upheld this decision.

Conversely, in the case of R v Lopez, 2022 SKPC 28 [Lopez], the police officers destroyed some video evidence of the accused in the police cells only two weeks after the charges were laid. The accused was diligent in requesting disclosure, and no reason was provided for why the video evidence was destroyed. The accused brought an application for a breach of his s. 7 Charter rights, and sought a stay of proceedings. The Court found that this was an egregious disregard of the accused’s s. 7 Charter rights, but still found that a stay of proceedings was not an appropriate remedy.

However, even the Court in Lopez found that if this type of conduct from the police and the Crown continues, Saskatchewan courts may have to consider imposing more severe remedies to preserve the integrity of the justice system, as follows:

[56]           There must be some relief to Mr. Lopez for the harm caused and some consequence to the state for its flagrant disregard of his Charter rights or the integrity of the justice system will be compromised. The remedies must be proportionate and responsive. They also must promote the purposes of the rights being protected – arbitrary detention, full disclosure and trial fairness. Rights are meaningless without an effective remedy.

[57]           These remedies are intended to denounce and deter these forms of abusive state misconduct. Should the state persist in these types of Charter violations without offering any explanation this may be a sign the problems are becoming chronic and the Court will have to consider escalating the remedies available to it in order to preserve the integrity of the justice system.

The remedy that will be available to an accused will depend on the particular facts of each case, and the prejudice that a particular accused faces from the Charter breach.

As stated at the outset, it is important for every person who has been charged with a crime to be diligent in taking steps to request disclosure and know the case against them. If the Crown’s failure to disclose all relevant documents impedes the accused’s ability to fully defend themselves against the charge, the accused may be entitled to remedies up to and including a judicial stay of proceedings.

The McDougall Gauley Defence Group is experienced in navigating these issues and assisting in the defence of all criminal allegations. 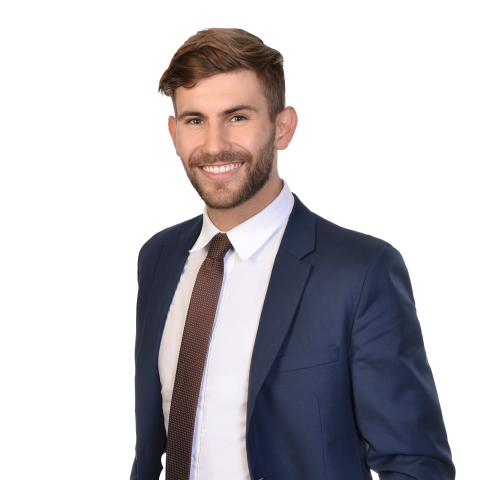