Individuals convicted of impaired driving in Saskatchewan are, among other things, subject to a Court ordered driving prohibition. They are typically prohibited under section 320.24(8) of the Criminal Code from operating a motor vehicle on any street, road or highway or in any other public place. The question that often arises for individuals, as well as employers, is:

If I am convicted of impaired driving, am I (or is my employee) still allowed to operate equipment, drive a snowmobile, farm private land, drive a boat, etc.?

Other than the well-known exception of enrolling into a provincial inter-lock program and obtaining a restricted license, this article touches on some types of operation that may fall into and out of the standard driving prohibition.

What constitutes a street, road or highway or any other public place?

Impaired driving laws have changed over the years. Despite the changes, the general wording of the driving prohibition on a “street, road or highway or in any other public place” has consistently been included in the Criminal Code. Because this wording has not changed over the years, there is substantial case law on the issue.

Prior to February 1995, the offence of “dangerous driving” only applied to vehicles operated in a “public place”. The Ontario Court of Appeal in the case of R v Gaudreault, [1978] O.J. No. 3667 (ONCA), held that the purpose of the prior legislation was to protect members of the public from dangerous driving in places to which they have ready access. In other words, the prohibited conduct of dangerous driving applied only to public places.

The Gaudreault case has since been cited with approval in Saskatchewan. Given the purpose of the prohibition, courts generally frame inquiries into the scope of unauthorized driving, as a question of whether members of the public have access to the location at the relevant time making it a “public place”. Not surprisingly, the determination of what constitutes a “public place” becomes very fact-specific.

Locations within the scope of a driving prohibition

In R v Russell, [1993] A.W.L.D. 573 (ABQB), the accused was charged with dangerous driving. He accelerated his vehicle rapidly while his former employer was hanging onto the door, drove around a private parking lot, and finally crashed his vehicle into other vehicles. The parking lot was used by employees and customers of the company that owned the parking lot. The incident occurred during business hours. Because the driving did not occur on a street, road or highway, the question the Court was required to answer was whether it occurred in a public place. The Court framed the question as “whether the members of the public had access at the relevant time to such a degree as to make the place a public place”. Based on direct evidence that members of the public had access to the parking lot during business hours, the court was satisfied that the parking lot was a public place within the meaning of the Criminal Code.

In R v Ironstand, 2002 SKCA 117, the Saskatchewan Court of Appeal considered whether driving in the ditch next to a highway, was outside the scope of “public place”. The Court was of the view that operating a vehicle on the highway, its shoulder or in its ditch, constituted operation in a “public place” for the purposes of the offence.

In Gaudreault, the sole issue on appeal before the Ontario Court of Appeal was whether the dangerous driving occurred at a "public place" within the meaning of s. 233(4) of the Criminal Code (since repealed). Answering this question in the affirmative, the court observed that in the middle of a school day, a significant segment of the public had access to the school grounds. On this basis, the school ground constituted a public place.

The Court in R v Hagerman, [1992] A.W.L.D. 582 (AB Prov. Court), concluded that a frequently used “bush trail” was a public place for the purposes of the Criminal Code. The accused in that case was prohibited from driving a motor vehicle "on any street, road, highway or other public place in Canada", for a year as a result of a drinking and driving conviction. However, during that period, he was found operating a snowmobile on a bush trail, approximately 35 km from Fort McMurray, AB and was subsequently charged with driving while prohibited.

The Court concluded that the trail itself was part of the public lands of Canada, and that the area was “semi-wilderness”, with some logging and trapping activity and was accessible by off-highway vehicles, but not normal road vehicles. The Court’s determination that the “bush trail” was a public place considered the fact that cross-country skiers and other individuals driving all-terrain vehicles could be endangered.

A similar finding was made in R v Saindon, [1993] A.J. No. 1087 (Alberta Prov. Court), with respect to an accused operating a snowmobile on a frozen lake. The Court there deemed the frozen lake a “public place” because it was used by the public for recreational purposes.

In R v Hartman, (1992), 35 M.V.R. (2d) 143 (Ont. C.A.), the accused’s estranged wife was sitting in her vehicle, in the driveway of the accused's house when he arrived home. He drove his truck into the rear of his wife's vehicle, pushing it forward 20 feet through the wall of a building. The accused was convicted of dangerous driving.

The accused appealed, arguing that the driveway was not a "public place” because he operated a private business from the garage that was attached to the house. This argument was not accepted on the basis that the business and driveway were both accessible to the public.

Locations outside of the scope of a driving prohibition

Locations will generally be outside the scope of a driving prohibition order when they are not accessible to the public. The following cases demonstrate this concept.

In R v Sahonovitch, [1969] 69 W.W.R. 674 (BC County Court), a logging road on which public access was restricted was found not to be a highway or public place under the Criminal Code.

In R v Dawe, [1968] 1 C.C.C. 35 (Newfoundland Supreme Court), a roadway in a naval station to which the public did not have access, was not a highway or public place under the Criminal Code.

In R v Ballard, [1997] A.N.B. No. 62 (New Brunswick Provincial Court), the accused was charged with operating a motor vehicle while disqualified. The accused worked for a private contractor on a road-widening project. He operated a bulldozer on land adjacent to the highway. The accused was acquitted on the basis that at the time of the alleged offence, the area being worked, was controlled by the contractor and no members of the public were present. Therefore, the accused was not operating a motor vehicle on any street, road, highway or public place. As part of the discussion, the Court noted that:

In Canada a person can be charged with impaired driving or blood-alcohol related offenses irrespective of where he is driving the motor vehicle, even if it is in his own back yard. However Courts are only permitted to prohibit a convicted driver from driving on any street, road, highway or public place. So, for example, a farmer who had been so convicted, can legally operate his farm tractor or other equipment on his own property up to the limits of the public highway.

The purpose of a driving prohibition is primarily considered to protect members of the public from unauthorized driving in places to which they have access. Based on this purpose, courts will generally frame an inquiry into the scope of unauthorized driving, as a question of whether members of the public have a sufficient degree of access to make a place, a “public place”. 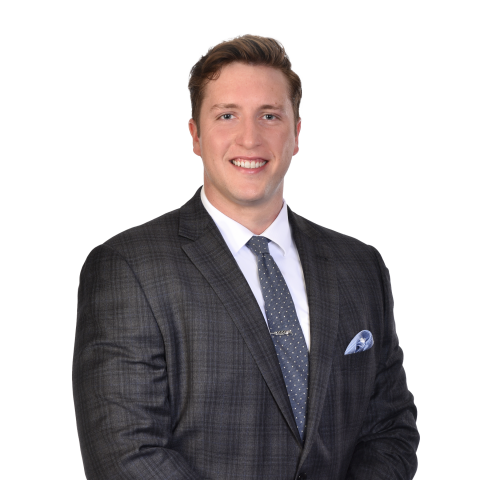